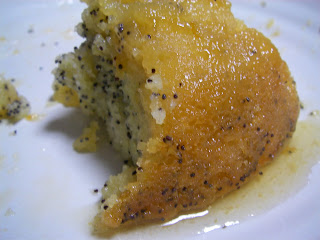 The required elements of this challenge are:

1) to make a suet pudding using real suet or as close a replacement as you can manage or is acceptable to you; and
2) to cook it by steaming or if you want to be even more traditional by boiling tied up in a cloth.

When I first read of this months challenge, I must confess that I felt very little enthusiasm. As a Brit who has never really gone in for traditional steamed puddings (give me a crumble any day), I wondered if I should just sit this one out... but I missed last months challenge... darn it... I hadn't meant to miss last month's challenge, in fact I got as far as making the marmalade, it's just that before I knew it posting day had been and gone... So anyway, I resolved not to duck out of this one and started to trawl through recipe after recipe for inspiration.

Ah yes! The delicious lemon marmalade I'd made! Kind of killing two birds with one stone, I thought ;-) 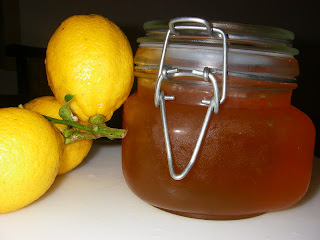 and yes, I was sooo excited that I couldn't wait to get cracking! No leaving things to the last minute this month, and MIL was coming for a visit so I had the perfect excuse to make it - hurrah! 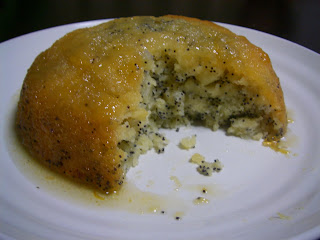 I was so proud to carry this magnificent pudding to the table, glistening on the plate before being drenched in custard (naturally) - there was not a scrap left over - MIL had thirds! Esther, I'm so sorry that I ever doubted that I would enjoy this challenge. This recipe is now bookmarked and will be used time and time again!

Use the butter to grease a two-litre pudding basin. Spoon half the marmalade and all the golden syrup into the bottom and give it a stir.

Separately, in a smaller bowl, whisk up the eggs, vanilla essence, milk and the last of the marmalade. Make a well in the middle of the dry ingredients and pour the egg mix in, gradually combining to make a smooth batter.

If the batter has come out very thick, add a splash more milk to loosen it up a touch, to what is called "dropping consistency". Then ladle it on top of the marmalade in the bottom of the basin.

Loosely cover with greaseproof paper and then a layer of foil and secure with string just under the lip of the basin (the greaseproof stops it sticking and the foil stops water getting in). 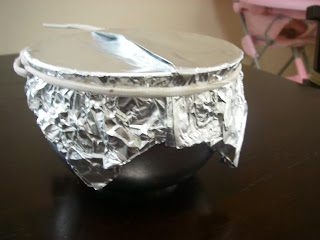 Arrange a few pastry cutters, or spoons or anything metal and reasonably low, in the bottom of a saucepan big enough to hold the basin, plus water to come about halfway up. Don't worry if you can't get a lid on – tight-fitting foil is OK too.

Sit the basin on your metal arrangement, pour in hot water to halfway up, cover with a lid/tight foil and bring to a boil. Once you see steam, turn it down to a simmer and, apart from checking the water level every now and then, forget about it for two hours.

Turning it out is simple and impressive – just run a knife around the edge, and turn upside down. 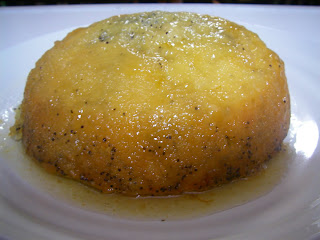